Gary, a type II diabetic, is now insulin free. He set a goal for himself that would be challenging but attainable, and most importantly, he made it about a lifestyle change – not a quick fix. Gary committed to working out 365 days in a year. On “rest days” he will go for a 30-minute walk instead of his typical weightlifting and cardio routine. He lifts weights every other day.

A low carb lifestyle helps with his diabetes. He enjoys a lot of vegetables and meat, as well as low glycemic fruits. Though, he does not completely deny himself the good things in life. When it comes time for a treat, he subscribes to the “one bite method.” He will take one bite of a dessert and savor it, enjoying its aroma and flavors. He will tell you the way he feels now is a much bigger treat than taking another bite of dessert or pasta!

As part of his lifestyle change, Gary invested in an Apple Watch so he could track his vitals and performance. As he was getting in shape, losing a lot of weight, and losing dependence on insulin, his low heart rate was still not improving. Though critical, exercise cannot solve every medical problem. He was given a pacemaker, and now his heart does not go below 60 beats per minute. With all the fresh blood and oxygen flowing through his veins, his workouts are now even more enjoyable! 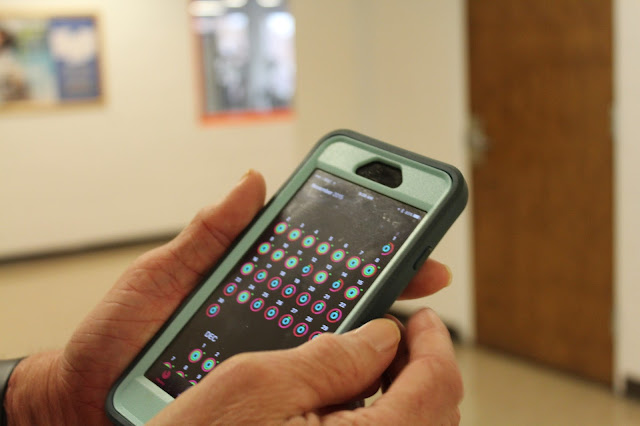 Not only did Gary lose 65 lbs, discover and treat a heart issue, and control his diabetes, but his cat also lost 3 lbs!

Read in Gary’s own words how he changed his lifestyle a little later in the game:

“On my 63rd birthday in 2012, I decided that I needed drastic life changes if I wished to continue to an excellent retirement. On July 8th of that year, I decided to start walking 10,000 steps a day. For the next two months I reached that goal, but my weight was still 265 lbs. I suffered from a severe case of type II diabetes. On September 8th, I went against my endocrinologist recommendations. I quit taking four insulin shots a day and eliminated all carbohydrates from my diet. Afterwards, I showed my endocrinologist that my blood sugars were normal so he reluctantly said I could do a low carb diet for only two years. I lost 65 lbs in two months while continuing walking 10,000 steps a day.
I learned that I needed to do more than just walking so I joined the YMCA in 2013. In June 2015, I bought an Apple Watch. I had had low heart rate problems for about five years and worked very hard to improve it to no avail. I ended up getting a pacemaker November 15, 2015.

That is when I decided to up my workout schedule to every day for a year. My Apple Watch tracks and records my daily activities every day. Each day, it measures the calories I burn moving, the number of minutes I do aerobic activities, and the total number of hours I get up and move – at least a few minutes each hour.
I rarely have days when I do not greatly overachieve my goals. When the Y is closed or I just need a slow day, I still take a brisk walk for at least 30 minutes. I have now done this for over a year without missing a day and see no reason to stop.

It has been over four years since I took my last insulin shot, and I am still on my low carb diet. Life seems hard sometimes without eating bread, pasta, cereal and all grains. I eat only meats, dairy, and green vegetables. I do allow myself to cheat on this diet once a month or so and just eat small portions of these forbidden foods. I plan to eat well but smartly on Thanksgiving. I hope that reading this will inspire some people to learn to quit going on diets to lose weight and instead, change your diet for life so you can be healthier.

But most importantly, be sure to go to the Y as much as possible.”

Retired from the State Board of Education, where he worked on education for homeless children and youth, Gary understands the importance of the Y in our community. In addition to his workout, he enjoys coffee here every morning with his friends. Gary found an exercise and healthy eating routine that can worked for him. Start, and you can find one that works for you too!

Gary completed his goal of 365 days or workouts and is now hard at work on year two.

Become a Member or give the gift of Membership today.