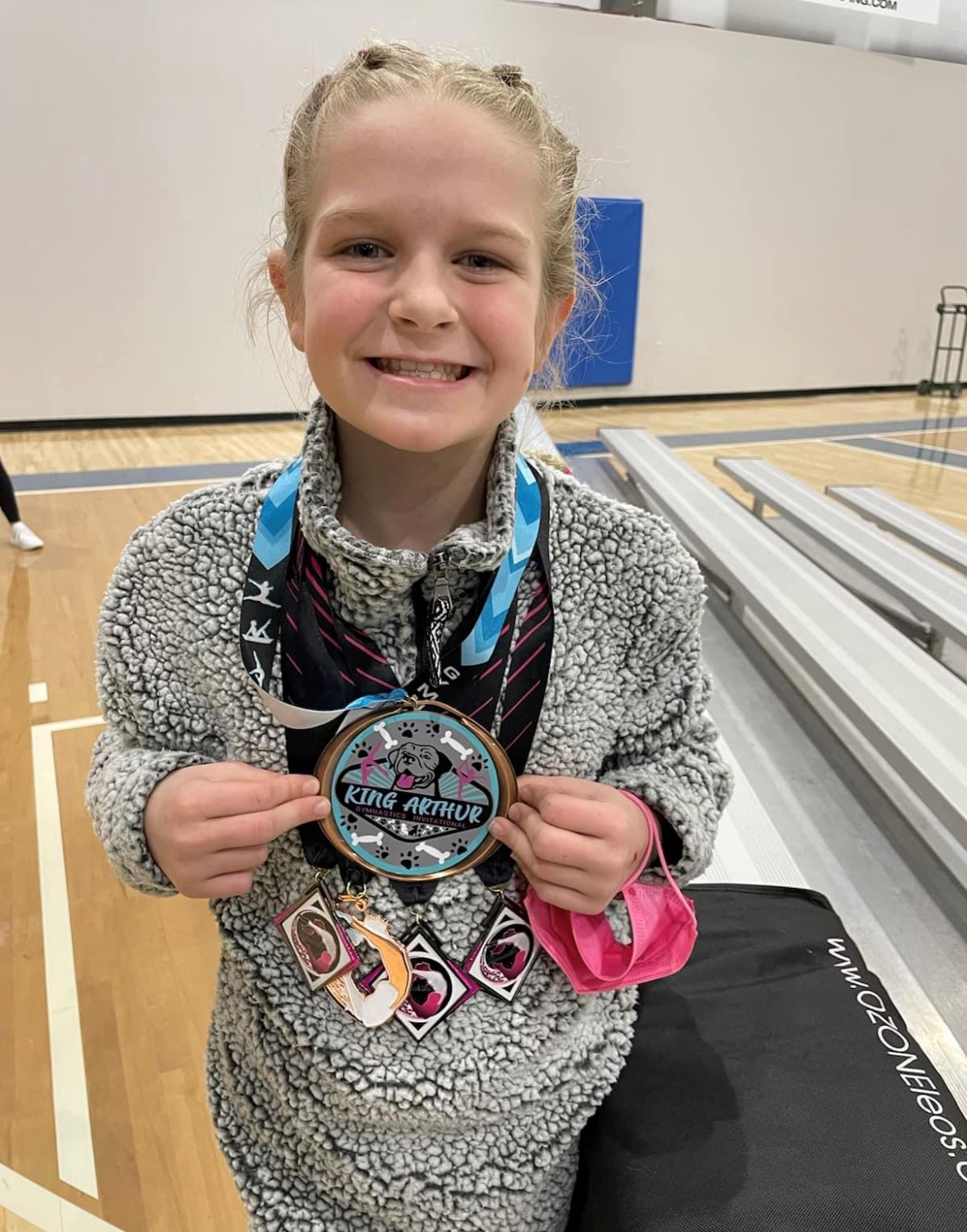 Focusing on the Goal for the Love of Gymnastics

The minute Ryelynn Nolan stepped on the floor in the YMCA gymnastics center five years ago, she fell in love with the sport. It didn’t take her long to realize that getting on the YMCA gymnastics team was a goal she wanted to attain. Megan Edwards, YMCA Gymnastics Director, says, “I have known Ryelynn since 2017. She knew she wanted to be a part of the team the second she walked into the gym. She set a goal for herself and reached it. No matter what obstacles this little ten-year-old faces, she just looks past them and focuses on the goal.”

Ryelynn was determined to move from the recreational program to be a  part of the competitive team. Christy Nolan, Ryelynn’s mom, said her grades were just not where they needed to be for her to participate in a sport that demands a lot of time. Ryelynn buckled down and worked hard to bring her grades up so she could get on the team. She has been competing on the gymnastics team for the past two years and is excelling. She and her team have placed in each of the meets they have participated. When you ask her what the program means to her, she says, “Gymnastics is my life. It makes me stronger and keeps me on track at school.” Ryelynn’s coach, Emily Vanmeter, says, “In the past few years, Ryelynn has grown immensely as a person and a gymnast. She makes me extremely proud to coach her.” Ryelynn loves the competitive atmosphere, but also finds big benefits in the emotional support the sport provides. She is surrounded by supportive and athletic friends who push, motivate, and celebrate each other.

In February of this year, the Nolan’s house caught fire and destroyed the home in its entirety. Christy knew that keeping Ryelynn on the gymnastics team would provide some normalcy after losing everything in a fire but was concerned about being able to afford it. Upon hearing about the fire, the YMCA staff reached out to her and told her not to worry about the fees associated with the gymnastics team and that the family could apply for a scholarship. Megan said, “That is the purpose of the Strong Kids scholarship fund. It allows people the ability to participate in YMCA programs when finances are an issue.” This scholarship is what allowed Ryelynn to continue to be part of the team. Christy said, “You have no idea the sense of relief I felt knowing that Ryelynn could continue to do the one thing she loved. I just didn’t have to worry about whether we could afford it. The team also flooded the family with gift cards, clothes and emotional support. At a time when they needed it the most, the YMCA family was there. Christy said “We lost things in the fire, but we gained so much more through the love and support of those around me.” Christy’s attitude and Ryelynn’s determination prove that if you change the way you look at things, the things you look at change.