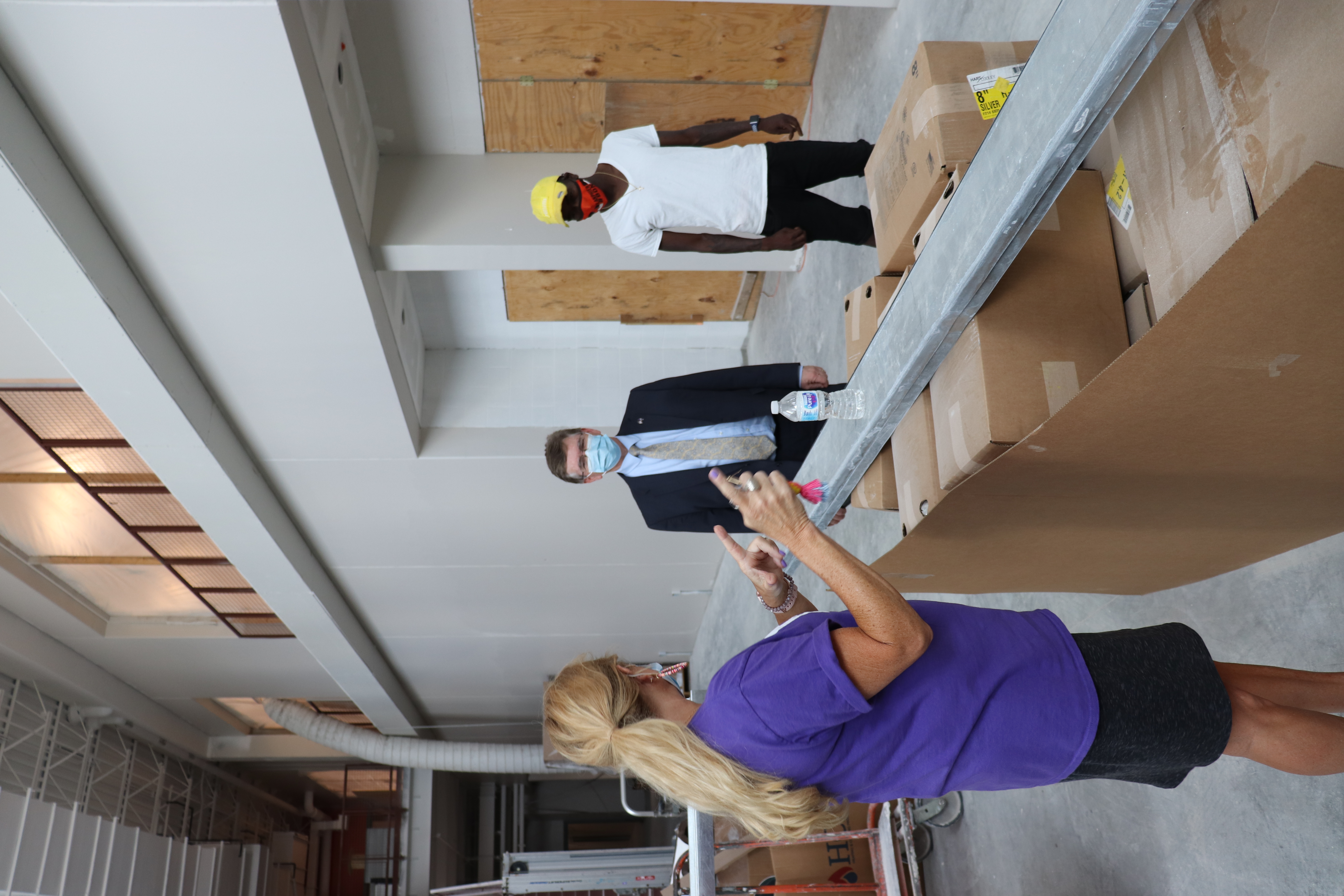 On Wednesday, August 26 Mayor Langfelder, Shawn Gregory (Ward 2), and Joe McMenamin (Ward 7) toured the new 87,500 square foot Downtown YMCA. Springfield aldermen unanimously approved $5.9 million in TIF money for the Springfield YMCA project in July of 2018. Angie Sowle, YMCA CEO, said, “We believe this YMCA located in the Enos Park neighborhood is going to a be a huge asset to the community and we are thrilled the Springfield aldermen approved the funding to help us realize this dream.”  The project is on target and will be completed by the end of October with an opening date in early December.

The mayor and aldermen walked through the facility and were impressed with the space and offerings of the new facility. The new YMCA will have an aquatic center with an eight-lane pool and a recreational pool, a state-of-the-art fitness and weight area, racquetball courts, indoor track, large gymnastics center, a full-court gymnasium for adults and a ½ court for kids.  There will be lots of space for community gatherings as well as spaces for members to visit and connect.