Read along as we asked Irv Smith, the longest standing YMCA of Springfield member a few questions about the Y.

1.  What would you want new member to know about the history of the Y?

When I became a Y member in 1939.  I was 10 years old and we used the YMCA on 7th Street next to the 1st Presbyterian Church.  City Hall was across the street, and Marine Bank, 1st National and INB were a couple blocks away.  The Statehouse was just down Capital Avenue.  I met some of the movers and shakers of Springfield there.

Before WWII life was different, and it changed in the 40s as I grew up.  Getting in shape was so important for a guy.  The Y was busy from noon on, when the businessmen showed up for a workout.  At noon there would usually be 50 or more business men filling up the place.  Great bunch of guys.  Governor Kerner, Mike Howlett, John Hunter, Frank Bridge, Bud Johnson, The Myers Brothers, Kurt Heisler, several Bunns, and Don Timm just to name a few. Sheriff Meredith Rhule ran 3 miles everyday and was always in the best shape.   Harry Eielson was the Mayor and an All American at Northwestern who played the Rose Bowl in 1919.

As a kid, I got to know these guys.  If you could play, you could be their buddy.  In handball, if you played well enough, you could be their partner and help them win “soup” as they called it.  On tiny courts we played handball, volleyball and basketball.  Frank Aurelius was great in volleyball.  The pool was only 48 feet long. Tournaments were big and tough to win.

We made real friends at the Y.  Most guys left their locker doors open.  No locks back then.  After workout we’d run to Sangamon Dairy for buttermilk and ice cream.  Saputos had just opened, and the Y had a neat restaurant.  On several hot summer days, Lyle Coy, would bring in cold watermelon from his market on 5th and North Grand.  Great after a workout.

Once in a while we had parties.  Al Myers had one at his house, as did Bud Henkel for the handball players.  In those days we had about 40 guys and their wives show up.

The Y aways had strong membership. I could write a book about Pinky Tews and the Y Roundup.  Guys who were crazy enough got to be “Big Boss”.  I did it once and served 20+ years on the Y Board.  For 2 weeks every January and February we made budget by boosting the membership.  We were always helped by Governors Stratton, Kerner, Ogilvie, Walker, Thompson and Edgar.

It was a white man’s health club.  Women, girls and blacks were not allowed.  Not very Christian.  Time brought social progress.  I was Principal of Iles School in the 60s and early 70s and brought the kids from Iles in to play basketball and swim.  In 1972 I merged the YWCA girls swim team with the boys team at the YM.  Today it is the SPY Swim Team.  We trained many champions in that 25 yard, 4 lane pool on 4th Street.

About 35 years ago When I was serving on the Y Board, my partners and I bought what is now Veteran’s Memorial Pool.  I really believed then that the Y should be open to all of Springfield, but some still believed in the archaic country club ideal.  Therefore, it became Veteran’s Memorial Pool for the Park District.  I managed the purchase and made it go for one reason – we desperately needed a long course pool for our swimmers.  I love kids, sports, swimming, and God.  In 91 years I gave all I could and thank the Lord for letting me live to see where it is today.

What will you miss most about the old downtown Y?

Everything.  We made it open to Springfield with an open door policy to all.  Just walk in and see a friend.  Great marketing and administration by an outstanding staff.

What will you miss least about the old downtown Y?

Nothing.   I loved every experience at the Y.

In a few words what would you describe as the impact the Y has had on your life?

I credit the Y for all I have become.  Fair play and love of God and man was taught and practiced at the Y.

What is the most valuable piece of advice you have for surviving 2020?

Live by the rules when possible, but continue and pray for relief.  There is a God. 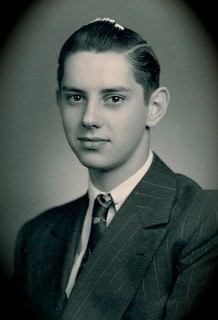 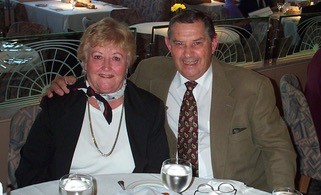 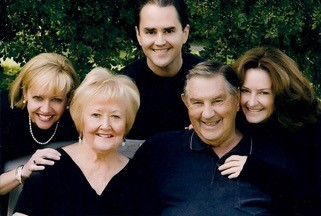